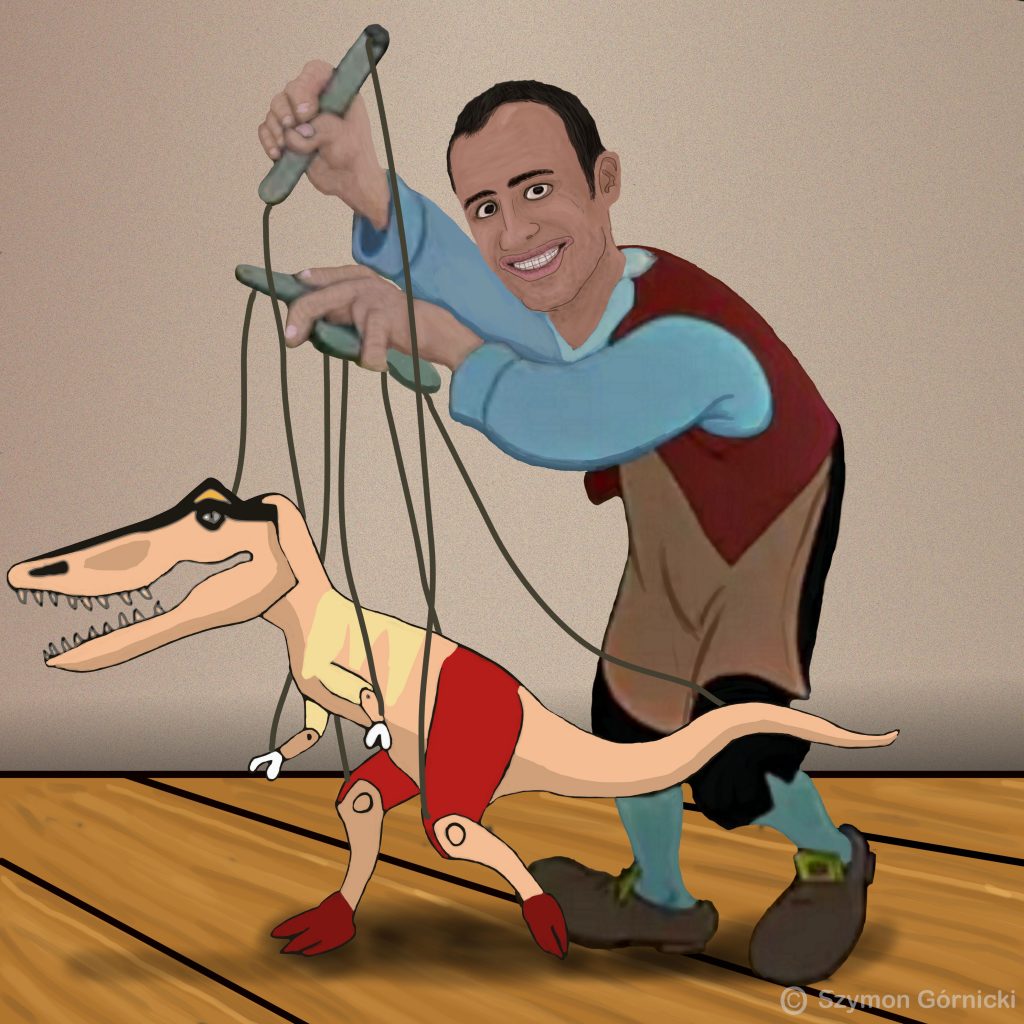 American vertebrate paleontologist, evolutionary biologist, dinosaur enthusiast and writer. Graduate of Columbia University, University of Bristol and University of Chicago. Currently working at University of Edinburgh. He is interested in the anatomy, evolution and genealogy of fossil vertebrates. Author of over 60 scientific papers (in journals such as Science and Nature Communications), five books (including Dinosaurs and Dinosaur Paleobiology), and descriptions of over 10 new species of fossil animals. He has done fieldwork in Britain, China, Lithuania, Poland, Portugal, Romania, and the United States. His was scientific consultant for the BBC Earth and 20th Century Fox’s film Walking With Dinosaurs (2013).

Szymon Górnicki:  Who is your greatest authority in life?

SG: What is your favorite dinosaur?

SB: This is such a tough question! It’s like picking your favorite child. It’s usually the dinosaur that I’m working on at the moment. So right now it’s Timurlengia, our new horse-sized primitive tyrannosaur from Uzbekistan!

SG: Can you tell the origins of nickname Pinocchio rex?

SB: Yes, the dinosaur’s real name is Qianzhousaurus sinensis. We felt that was a little hard to pronounce, so it needed a nickname. One of the characteristic features of the dinosaur is that it has a long snout, so that made us think of Pinocchio’s long nose.

SG: If paleontology didn’t exist, who would you have been instead?

SB: Probably a journalist, or maybe a lawyer. Definitely not a banker or a businessman or a politician or a medical doctor, I can tell you that!

SG: Can you describe your acting experience on set of T. rex Autopsy?

SB: Well, I would hope that my role in that television program didn’t come across as acting. I am not a very good actor. Everything we did in the show was unscripted. We relied our own experiences as scientists who know anatomy well and have done many dissections. It was a lot of fun to pretend to cut up a full-sized T. rex! I think my enthusiasm came across.

SG: You have been in Poland. What do you think is distinctive about

SB: I love Poland, it’s one of my favorite countries in the world! I grew up around Chicago, which has more Polish people than any city in the world other than Warsaw (apparently), so I knew many Polish-American kids growing up, and also loved Polish food. From 2008-2012 I visited Poland every summer to work with Grzegorz Niedzwiedzki and search for Triassic dinosaur footprints and bones in the Holy Cross Mountains. We published a lot of papers together. We are still working together but I haven’t been to Poland for a few years now, but hopefully I can come back soon. I am also an editor for Acta Palaeontologica Polonica.

SG: What would you like to tell young paleontology enthusiasts?

SB: I think paleontology is such an awesome science. We get to discover things about the past, about how evolution works, about how our Earth has changed over time. It’s not the easiest field to work in–you need to study for a long time to get the right degrees, and there aren’t that many jobs. But for people like me who are obsessed with fossils, it’s totally worth it. Follow your dreams if you want to study paleontology.

I would like to thank to Stephen Brusatte for the interview and to you for reading.